A nosebleed (epistaxis) is bleeding from tissues inside the nose (nasal mucus membranes) caused by a broken blood vessel. Children usually experience nosebleeds in the front of the nose, close to the nostrils.

Nosebleeds are common in children and usually not a medical concern.

What causes a nosebleed in a child?

Common causes of a nosebleed in children include:

Chronic nosebleeds may be a sign of something more serious.

How is a nosebleed diagnosed in a child?

Your Pediatric Provider will gather medical history and ask about recent accidents, injuries, and activities. The provider will examine the nosebleed and control the bleeding if necessary.

How to stop a nosebleed for a child?

If your child’s nose doesn’t stop bleeding, take them to see the healthcare provider.

When should I call my child’s Pediatric Provider?

Call the healthcare provider if: 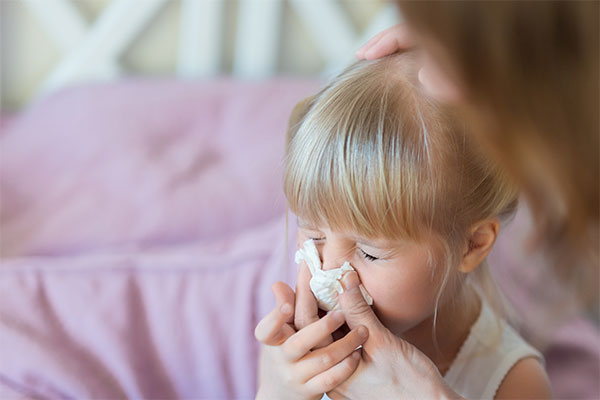