Foreign Body in the Throat of Children

A foreign body in the throat causing an airway obstruction is a medical emergency and requires immediate attention. Please call 911 or see emergency medical care. Magnets or button batteries, such as those found in hearing aids, key fobs, and toys, must be evaluated immediately due to the risk of chemical burns or tissue damage.

The foreign body can get stuck in many different places within the airway. According to the American Academy of Pediatrics, choking is a leading cause of death and injury among children younger than four.

At some time or another, children put things in their mouths. Unfortunately, when a child inhales while placing the object in their mouth, the object may block the trachea instead of being swallowed.

Children under the age of four years are in the greatest danger of choking on small objects such as peanuts, sunflower seeds, carrots, beans, grapes, toys, batteries, buttons, rocks, and coins.

Coins are children’s most common foreign body that requires removal from the esophagus by a Pediatric ENT surgeon.

Removal of foreign objects in the airway and esophagus

Removal of foreign objects in the airway of children may require surgery. A laryngoscopy and bronchoscopy procedure is necessary if the object is in the child’s airway.

Bronchoscopy is a procedure to look directly at the airways in the lungs using a thin, lighted tube (bronchoscope). The bronchoscope is put in the nose or mouth. It is then moved down the windpipe or trachea to view the obstruction and remove it with forceps.

If the foreign object is in the esophagus, a scope is passed into the esophagus (esophagoscopy), and the surgeon removes the stuck object. Once removed, recovery is quick. 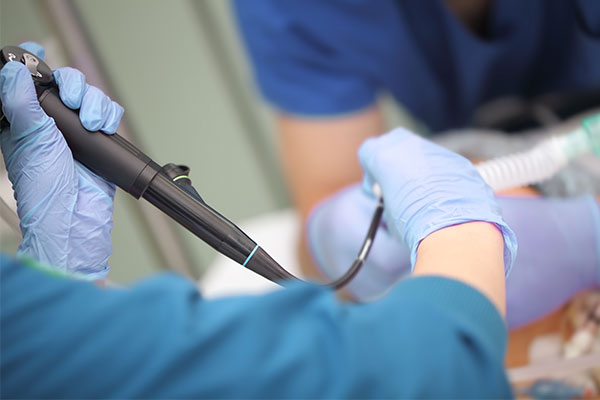